The MST Reader: The Belt and the Road 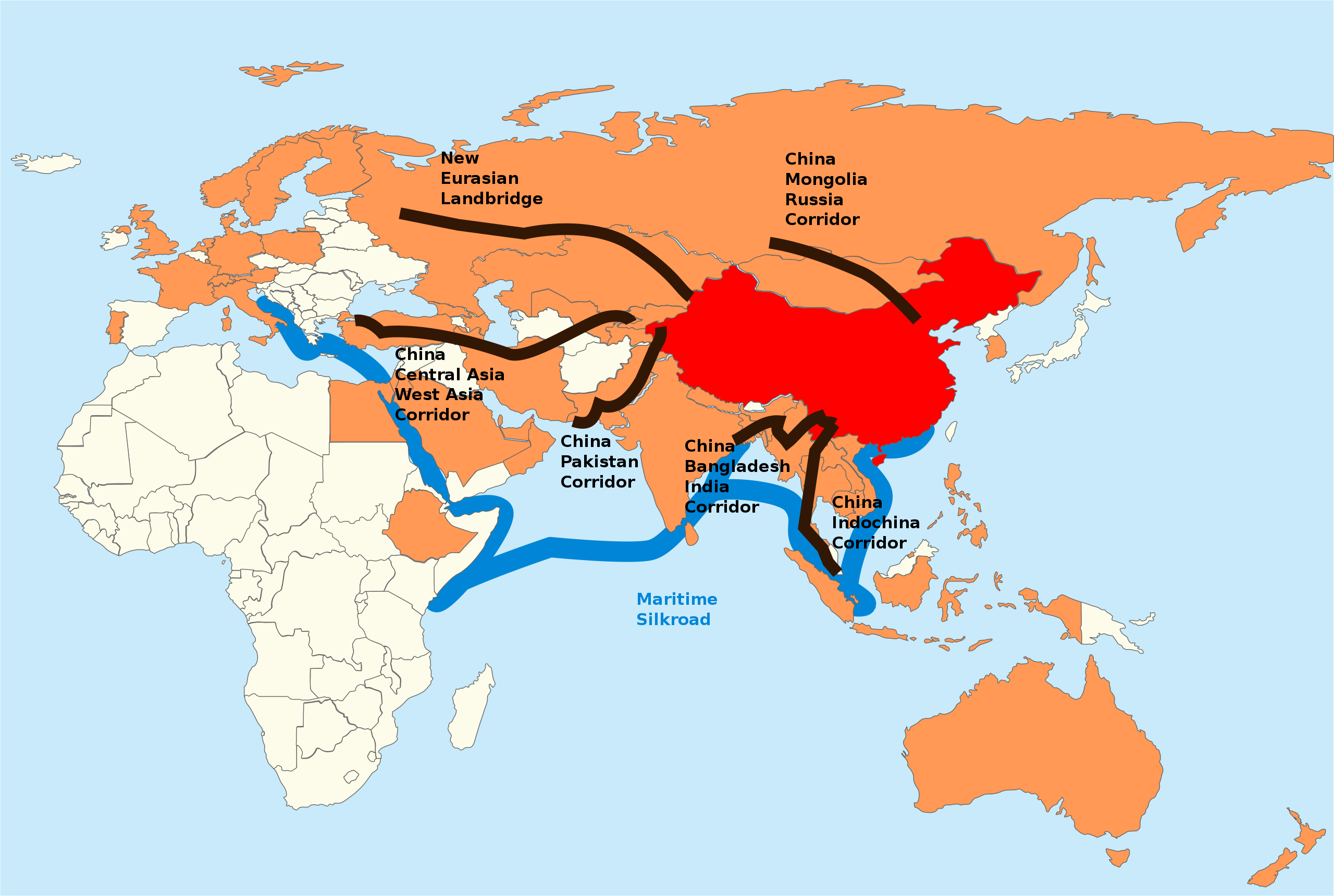 The MST Reader is a series of overviews of interesting and timely topics that affect our world.

The Trans-Continental Railroad; the Panama Canal; the Suez Canal. There was a time when great infrastructure projects were elevated into legends about people conquering the land and bending it to their will. And as we saw when the container ship the Ever Given became stuck in the Suez Canal in 2021 and caused a hiccup in the global supply chain, some of these now ancient-seeming projects changed the way trade and influence flowed around the world in ways that still affect us profoundly today.

On the far side of the world, China is investing in infrastructure that spans much of the Eastern Hemisphere. It is different from the famous infrastructure initiatives of earlier generations in that it isn’t any single project or feat of engineering, but a complicated web of interrelated projects and policies. However, the goal is similar: to change the way people trade and do business across a huge region of the globe.

When President Xi Jinping first described the Belt and Road Initiative in 2013 as a modern Silk Road, he was referencing the old overland trade route that connected China with Central Asia and Europe for more than a thousand years. Trade isn’t just trade  – where trade flows, so does culture, influence, and politics.

Divided broadly into an overland “economic belt” and a “maritime Silk Road”, Xi Jinping’s 21st century initiative would rewire great swathes of the globe: better land routes to South Asia and Europe including highways and rail lines, better sea routes connecting Southeast Asia, Europe and Africa, new gas and lines and power grids in places that need them. Existing ports would be upgraded and new ones built.

With more than 2600 projects in more than 100 countries, the whole initiative is estimated to cost more than a trillion dollars.

Some of the work is done through direct development, but much of it is being done through Chinese loans to developing countries, knitting them together politically and possibly leaving the poorer countries beholden to their benefactor. Other global powers are wary of the potential rise in China’s political and military influence through the initiative.

Economic imperialism is a tool long used by western powers, but China’s nature as an authoritarian state does create a contrast.

The Belt and Road Initiative might not have a catchy elevator pitch like “A man, a plan, a canal, Panama,” but in a world where one stuck ship can still create a bump in global trade, it’s easy to imagine how a massive multi-pronged infrastructure initiative created by one of the world’s superpowers could have planet-wide economic and cultural effects that last decades, or even centuries.

The Guardian: “What is China’s Belt and Road Initiative?”